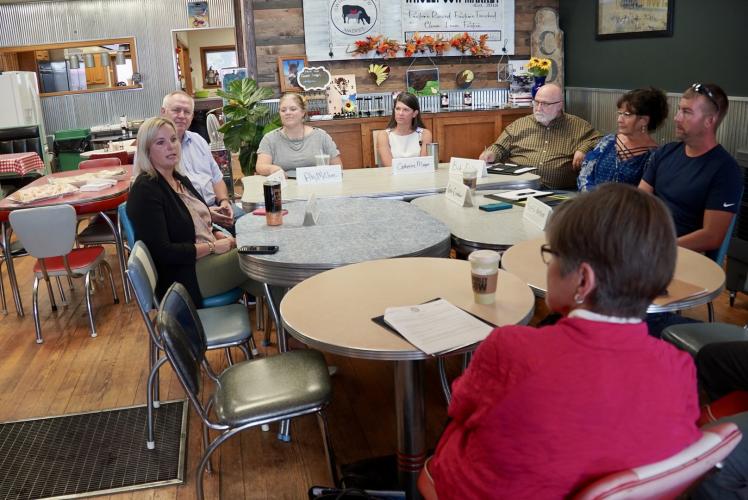 On Wednesday morning, Governor Laura Kelly came to Wholly Cow Market on Main Street in Johnson. Emery Josserand’s apothecary, Emery Drug, was built in 1920 with lumber from a bunker in World War I.
Rural Economic Development discussion ensued with parties from Hamilton, Stanton, Grant, and Scott counties along with Senator John Doll. Michelle Canny has recently joined the Kansas State Department of Ag Marketing and Advisory Board.
Jordan Spears, Bulldog Pizzeria and Bulldog Coffee owner, said, “It was very insightful to have an open dialogue conversation about the importance of our state as a whole. That the issues in eastern Kansas is different than the struggles in western Kansas.”
Several discussions included broadband internet, water, and housing. There were concerns brought up that many of the people in our smaller communities wear several hats. And what are the possibilities to create staff needed to access grants available and to have shovel ready projects.