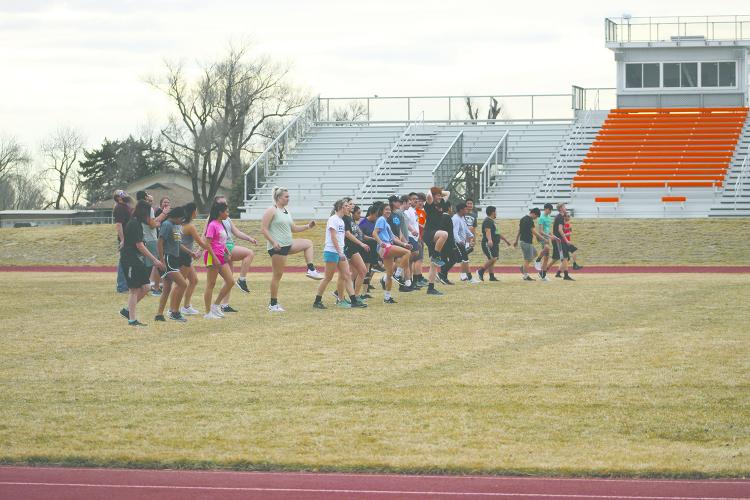 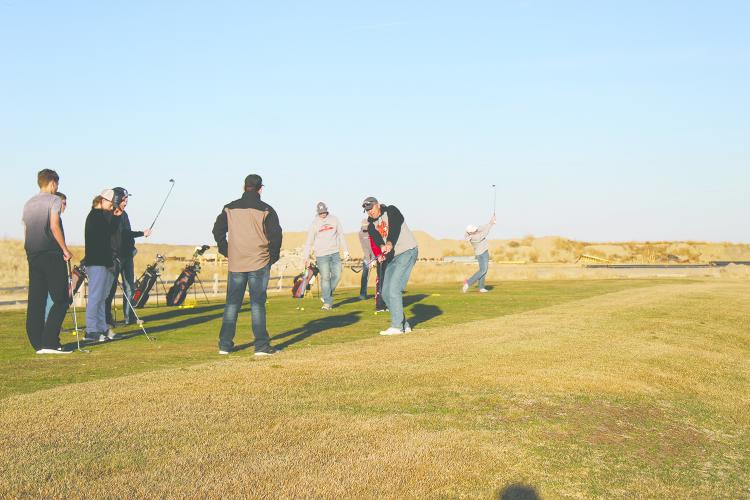 One year ago, athletes and coaches were beginning practice for their spring sport, some practicing during spring break, others enjoying the break from school. Soon they found out their break was extended a week, some with great joy, others with apprehension. Then came the unfortunate news soon after that their season was cancelled due to COVID.

Today, athletes and coaches are excited about the upcoming season, but know the off season has been a long two years for them.

The jr. high track team of 45 students is coached by Steve McAllister and assisted by Megan Pope and Trudi Rash. They are preparing for their first meet in Johnson on April 1.

“We’re excited for the season and preparing for the unexpected because we have not competed for two years,” said Coach Navaro.

High school baseball is coached by Dustin Doze and assisted by Mark McNown and their 18-player team has 9 seniors. “We are a very inexperienced team, but we have a lot of potential,” said Doze. He knows pitching will the key to their success and the team will be led by Gunner Upson and Uriel Diaz in their pitching rotation.  Their first game is March 29 at Lakin.

The high school golf team coached by Rick Mathias and assisted by Paul Zuzelski, has nine members with eight returning, three of which are seniors.  Mathias, knowing they lost a year, is counting on his seniors, Austin Plunkett, Ryan Thompson and Braydon Wilson to be their foundation. “We will be leaning heavy on them,” said Mathias.

“This is a much-anticipated season and we are excited to get caught up after losing a year,” said Mathias. He appreciated Zulzelski’s expertise during practice, helping the guys with their swing. “They respond well to his help.”

The team will be missing an important part this year, their former assistant and Rick’s son, Jeff who resigned earlier as assistant due to his wife, Tori’s declining health.

Although Tori lost her battle to cancer, the senior boys wished to pay their respects to Jeff and Tori, choosing pink as the color for their tournament shirts. Rick allows the seniors to choose their tournament shirts and when he learned they were pink, his response was, “What? Pink?” He soon learned the meaning behind the color was respect for Jeff and Tori and was proud of his guys for honoring them in this way.