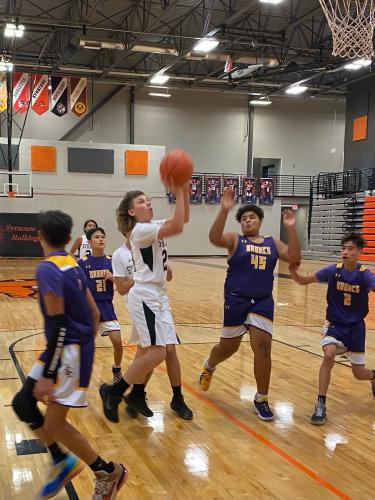 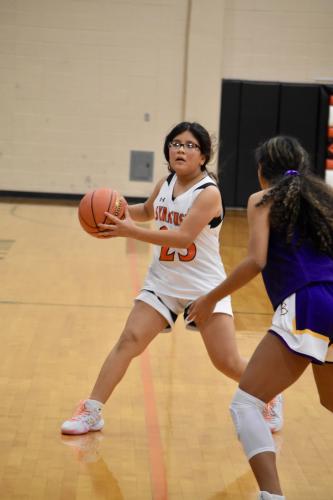 Monday night at home at the Herndon Gym, the Junior High boys swept Lakin! Head coach Vance Keller said, “We’re a young team with only six eighth graders and 12 seventh graders. We’ve had six total that started the season with injuries so we haven’t had a full roster of players yet! We’ve learned a lot in the first couple weeks and know what we need to improve on!  Winning all three games yesterday against Lakin was great heading into Thanksgiving break!!”

JH girls head coach  Victoria Gonzalez said, “I’m very proud of how hard the team is working this season. We have 7 8th graders and 11 7th graders.  The atmosphere at the games have been incredible due to all the support we have. I am excited to watch them grow on and off of the court. None of this would be possible without the girls commitment and passion for basketball.”

JH assistant girls coach Abbi Thomeczek added, “The girls have done a great job at practice. The games that we have lost have been because we beat ourselves by not showing up ready to play and wanting to win more than the other team,.”