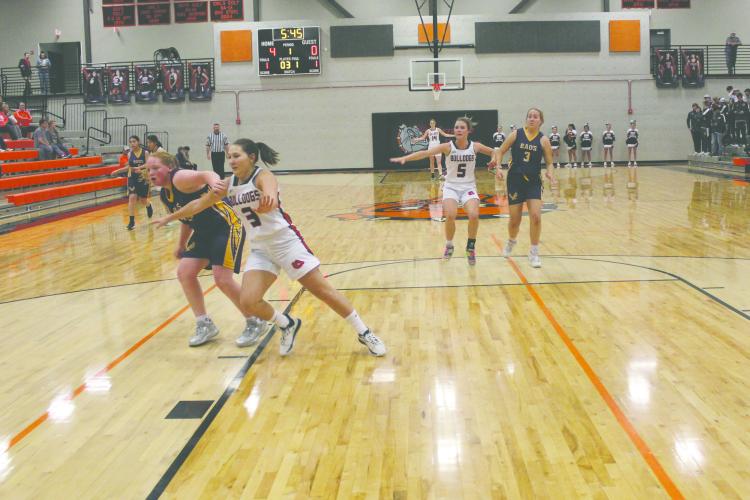 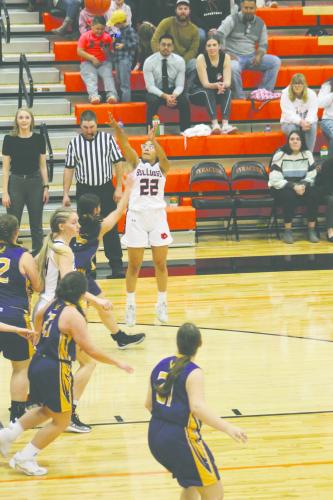 The Lady Bulldogs were undefeated during the Border Wars, defeating Eads on Friday, 42-7 and Walsh on Saturday 62-5, bringing their record to 3-1. But the winner wasn’t announced until Tuesday evening. Syracuse Athletic Director Josh Johnson explained, “It came down to points.  The Girls Champion came down to a tie breaker. We looked at the point differential and Syracuse edged out Elkhart.”

Head girls basketball Coach Kendra Fyler was extremely happy with the girls’ offensive effort on Tuesday against Granada, and their defensive effort against Eads.

“We learned a lot about what we needed to work on in those three games, and it showed who was ready to set up in some critical moments,” said Fyler. Overall, she felt they shot the ball well which is already an improvement from last season.

Friday, December 17, the girls will face the Elkhart Wildcats on their home court and Fyler knows it is always a huge rivalry, but the girls are excited for it. “It will be a good test of our defense because they have a lot of scorers on their team and I am excited for the match up after watching them in Border Wars,” adding, “I think it will be a fun, competitive game!”

Kansas beat Colorado overall and two of SHS players made the Kansas All Tournament team - Kadee Thomeczek and Kyler Keller.

Back to the beginning of the evening. Excitement was in the air for the final games of the Border Wars Tournament Friday and Saturday in the Herndon and Barney Akers gymnasiums.

Traveling from Colorado to compete were Granada, Walsh, Eads, and McClave. Kansas teams were Johnson, Tribune, Elkhart, and Syracuse.

The Bulldogs played their games in the Herndon and fans, cheerleaders and the student “Rowdy Crowd” showed up to cheer on the boys and girls in the final games, forming lines during introduction of players, helping to fire up them up.

Admission was paid Saturday night by the Black Bison Pub and the cheerleaders threw small basketballs, donated by The Pub, during breaks in the games. Honoring the first responders in between games added to the excitement of the evening in addition to the introduction of the junior high boys and girls basketball teams during half time of boys.

And the boys did well too. Even though they didn’t win the championship,Greeley County did, head boys coach Jordan Wahlmeier was pleased how the boys finished strong. With two big wins against Eads, 66-49 and Walsh, 57-12, their overall record went to 2-2. “Our strengths differ from game to game, our zone offense was probably the biggest strength shown this week and we were very solid on the boards all week long.” said Wahlmeier. “Defensively, we have a long way to go and as a program we all understand that.”

Wahlmeier was looking forward to Friday’s matchup with Elkhart, but unfortunately several members of the team are in quarantine.