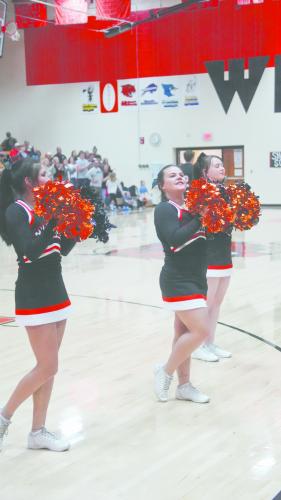 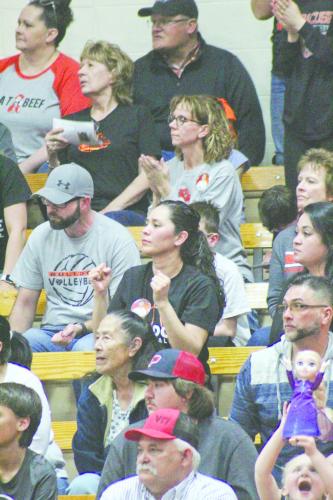 Syracuse met Pratt Skyline in Elkhart on Saturday night for the Sub- state finals, after beating Wichita County High School 48-36 in the semi finals. Packed stands and excitement filled the air as both teams came to win. In a great battle, the score changed hands by just a few points throughout. At halftime the score was tied 19-19.

In the third the Dogs fell behind and Pratt Skyline was ahead 32-23.

In the fourth the Dogs came back and played hard. With less than a minute left the Dogs were down by one and the score was 41-40. Syracuse made a hard run, outscoring Pratt Skyline in the fourth quarter but it just wasn’t enough. In the end, Syracuse lost 45-40.

Head Coach Bryce Simon commented, “We could not be more proud of the effort our boys put forth on Saturday night. Just like every game and practice all year, they played their hearts out and left everything on the floor. They started off the game ready to go and when things looked dire they had one last run in them to close the gap and give us a chance right to the end. This team is the absolute definition of how our program defines success. They reached their maximum potential individually and collectively, but sadly that was just not quite good enough to continue our season for another week. There are many people we would like to thank - all of the fans and supporters that were there to support us and cheer us on, the environment was amazing; the administration for their support all year long and everything they do; the parents of our players for allowing us to push them and coach them. Also, our managers/Filmer/statisticians for everything they take care of. I would like to thank both of my assistants, Casey Finlay and Robert VanKranenburg, for being there with us. But most importantly, we want to thank ALL 20 players in our program for the dedication, commitment and sacrifices they made all year long. It was a special ride this season that we will not forget.“

Congratulations to Austin Plunkett and Damian Ramirez for making the High Plains League second team and an honorable mention to Cody Doze. 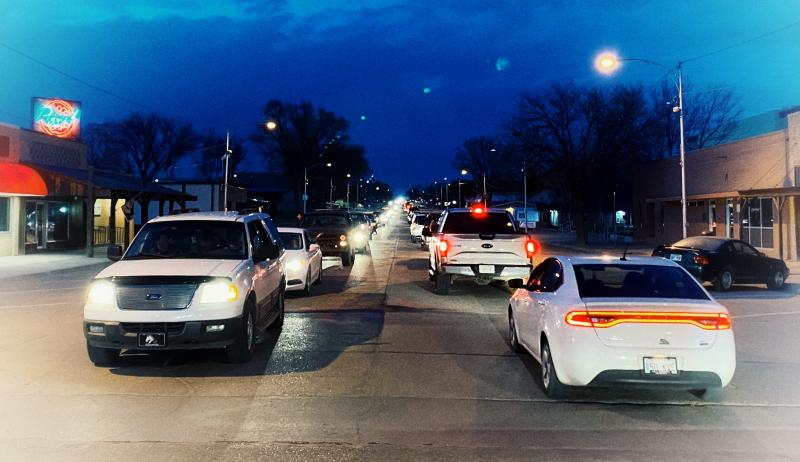 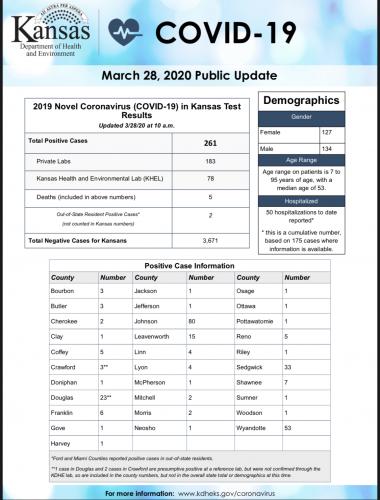 Personal Item Pickup Schedule   Students and/or parents will be able to pick up their personal items on Monday, March 30 during the times listed below.  Please stay in your car for us to deliver your bagged items curbside at the locations listed below.... [More]

In the wake of these difficult trying times, two people stand at the forefront of trying to protect Hamilton County from a deadly Coronavirus, Hamilton County Health Officer, Rani Simon, RN, and Hamilton County Emergency Manager, Steve Phillips.  They are updated multiple... [More]