Jamie Todd along with his wife Skyla delivered newspapers for the last time on Saturday, August 27, 2022.
Jamie has been delivering newspapers to Syracuse for more than thirty years. He started delivering for the Hutchinson News in 1991 trying to earn some extra cash. During that time he also worked for John Deere.He would get up and deliver papers before going to work each day. He worked seven days a week, his big days being Sundays. Along with delivering papers he also had the task of loading newspaper stands that were placed at different areas in town.
Through the years he went through several cars, his favorite being his 1996 Ford Aspire. When he first bought it, it had 100,000 miles, and it now has 170,000 miles. He put 70,000 miles on it in town delivering papers. No matter the weather he always got up and made sure the people got their paper, whether it was rain, snow, or shine.
Along the way the Garden City Telegram called and asked him to deliver for them as well, doing the afternoon route. That meant delivering papers twice a day with over 100 papers in the morning and 180 in the afternoon. It was a very time consuming job, and he rarely needed a substitute to deliver for him.
Through the years the daily newspaper business has declined with larger out of state media outlets purchasing newspapers and offering less local coverage.
About eight months ago the Hutchinson News decided to send their newspaper through the mail.
Jamie worked hard talking to the customers that were left, and convincing them to switch to the Garden City Telegram that still wanted the paper delivered to their homes.
The Garden City Telegram was bought by Cherry Road Media, a New Jersey company. That’s when they decided to publish three times a week. With dwindling local coverage, many have canceled their subscriptions, leaving  23 faithful customers.
Jamie said, “I want to thank all of my customers throughout the years for being so kind, and for sending baked goods during Christmas and for always giving tips. It means a lot to me and my family. Thank you.” 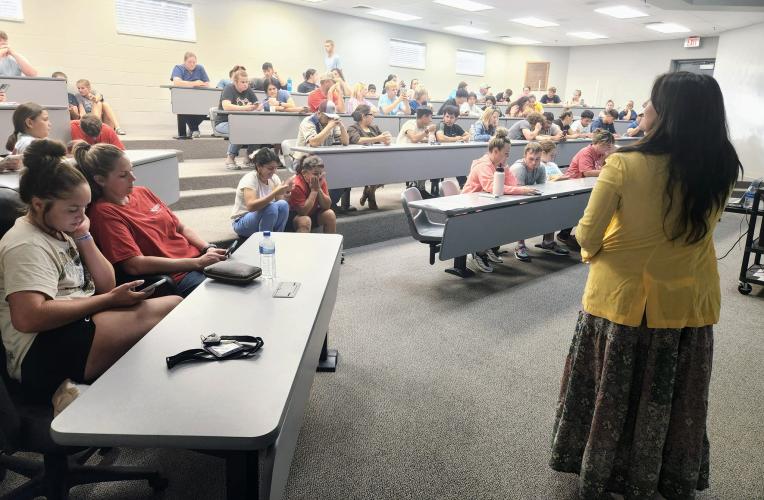