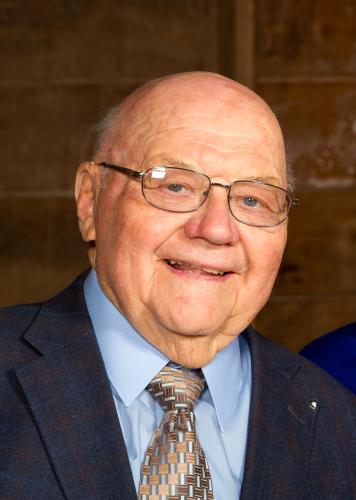 I.B. Sonny Rundell passed away on Friday, March 11, 2022 at the age of 89 in Syracuse, Kansas. He was born on October 5, 1932 near Pierceville, Kansas the son of Ira Boyd Rundell Jr. and Helen Kathleen (Buhrle) Rundell.

Sonny began his life in Pierceville and attended kindergarten and first grade where Miss Alta Brown was his first grade teacher. In 1939, he moved with his family to Wichita until 1944, then moved to Bavaria, Kansas which is near Salina and attended grade school and high school and graduated in 1950. Sonny went on to further his education attending Wesleyan University for one year. He transferred to K-State for two years. In 1953, he joined the United States Army and served in Korea until 1956. When he returned from his military service he attended K-State earning a B.S. Degree in Agriculture graduating in 1957. On June 29, 1957, he married Verna Marilyn Miller at the Plymell Church south of Garden City. To this union four children were born, Brent, Barbara, Beth, and Ira Boyd IV. He was a businessman and retired farmer. During his time farming he farmed irrigated and dryland farms in Hamilton, Stanton, and Finney counties from 1957 until his retirement in 1988.

He was preceded in death by his father, Ira Boyd Rundell Jr., his mother, Helen Kathleen (Buhrle) Rundell, his brother, Clinton Kenneth Rundell and his sister, Marilyn Peterson.