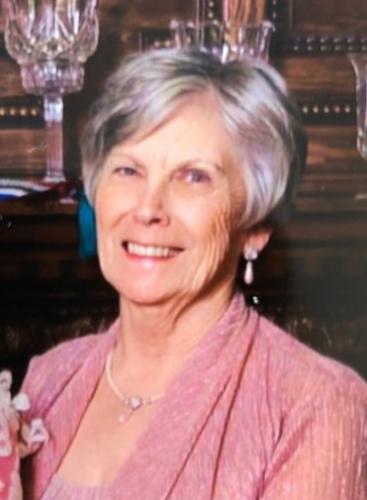 Funeral Services for former Holly, Colorado resident, Patt Woodward will be held at 10:00 a.m. on Tuesday, March 1, 2022, at the Holly United Methodist Church with Pastor Kathy Leathers officiating.  Interment will follow in the Holly Cemetery.

Elnor Patricia Melton (Campbell) Woodward, known to most as Patt, passed away on February 21, 2022, in Ada, Oklahoma at the age of 82.  She was born on March 2, 1939, northwest of Bristol, Colorado on the Bill Wilson Ranch where the family was employed, to Hershel and Dorothy (Davis) Melton.

Patt was baptized at the Holly United Methodist Church in 1946, where she was a lifetime member and taught elementary Sunday School.  In her youth she was a member of Rainbow for Girls and installed as Worthy Advisor and participated as a majorette in the Holly School band.  Patt was united in marriage to Wesley Campbell on April 21, 1959, in La Junta, Colorado, a marriage that lasted for almost 52 years. To this union two children were born, Marty and Tricia.  Wesley passed on December 5, 2010.  Patt held several jobs through the years; clerk at Duckwall’s in Lamar and Hads Drug Store in Holly, rural mail carrier for the US Postal Service for 23 years, and custodian at the Holly United Methodist Church where she graciously volunteered for various positions over the years.  Patt was later united in marriage to Walter Woodward.  Over the last 7 ½ years they enjoyed each other’s company and traveled often visiting family and friends.

She was preceded in death by her father, Hershel Melton; mother, Dorothy Brillhart; and first husband, Wesley Campbell.

Memorial contributions may be made to the Holly United Methodist Church in care of Valley Memorial Funeral Chapel, P.O. Box 950, Lamar, Colorado 81052.