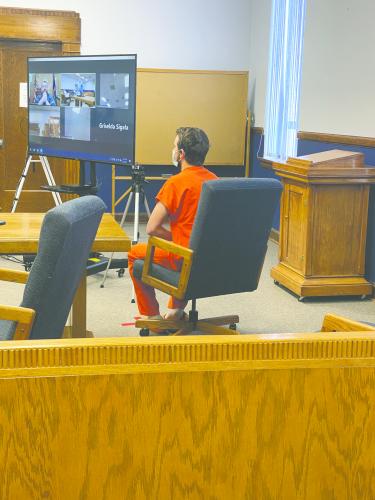 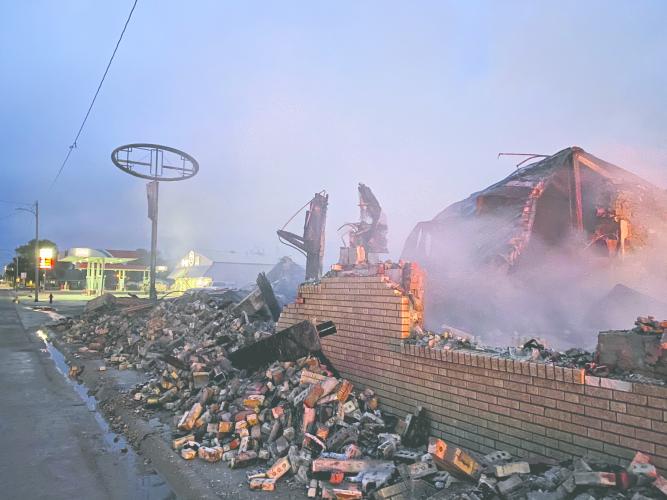 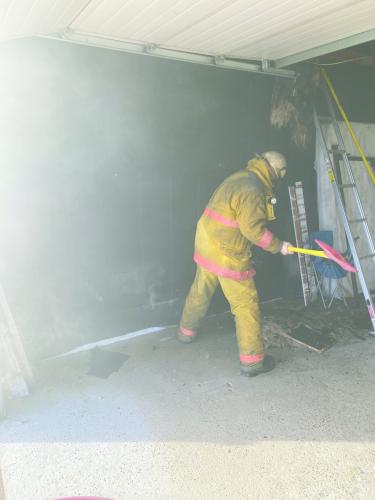 It was an emotional Wednesday morning at the Hamilton County District Court where Austyn Hart was sentenced for Arson and Aggravated Arson. Victims of the Davis Motors fire went on record to share their statements with Hart during his sentencing hearing for arson and aggravated arson.

Both Mark and Donna Davis spoke regarding the loss of Davis Motors Ford dealership in Syracuse.

Donna Davis spoke to Austyn directly. “I would like you to realize what your actions have cost not only to us but to the community as a whole. In less than eight hours you changed the face of this town.I don’t hate you. I have never hated you. I hate your actions. But my wish for you is you will find a way to better yourself and find a cure for your fetish for flames and somehow get help. I would like to see you become a contributing citizen.”

Mark continued describing frustration with Hart not coming to work, worrying was this a trigger for Hart? And if he doesn’t get help, is he a danger to the community?

Hamilton County attorney Rob Gale spoke after the hearing. “It is a flaw in the system regarding property damage from a fire. A dumpster fire is considered the same as a business burning down.”

A tearful Hart who struggled to maintain his composure proclaimed that he hoped he would not do this again.  “What I did was inexcusable and unforgivable. Everyone that was impacted by this, I apologize and I plan on coming out of this a better person and a changed person for myself and everyone in the community of Syracuse. Nothing like this is ever going to happen again and I just want everybody to know that.”

The District Judge sentenced Hart to concurrent sentences for both arson charges with Hart ordered to pay restitution for $1,671,605.14. The first charge of Arson for the Davis Motors fire came with 24 months probation with 20% for good time credit and 12-month post release supervision. The second charge for Aggravated Arson regarding the Brummett fire will have Austyn serve a term of 57 months with 15% good time credit in the custody of the Secretary of Corrections. He will have 36 months of post release supervision as well. The judge granted Hart credit for the 318 days served at the Hamilton County jail.

He is to have no contact with victims and for ten years he cannot own a firearm, vote or hold public office. However he may be entitled to an expungement after five years have passed from the time he serves his sentence and successfully completes his post release supervision.

Hart has been housed at the Hamilton County jail since his arrest on December 20, 2020 and will stay as he awaits transport to prison.