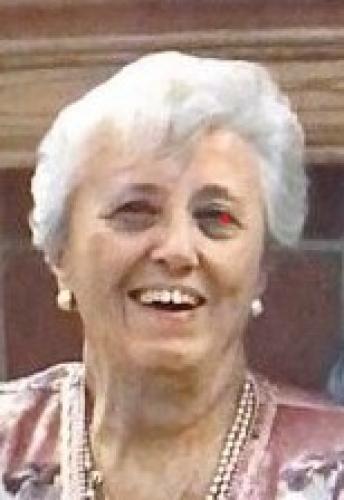 On October 22, 1960, Judy married Robert ‘Bob’ Keith Kurz, in Hutchinson.  They shared over 60 years of marriage.  Their early years (1962-1964) included stints in Colorado, California, and Alaska, where Bob served in the Army.  They spent most of the remaining years living in Western Kansas, supporting the Kurz family farm, and raising their two children, Rob and Toni.  During this period, Judy held multiple office management positions in Syracuse, Kansas, and served as a Postal Service officer in Coolidge, KS.  In 2012, Bob and Judy relocated to Hutchinson, where they joined the South Hutchinson United Methodist Church and participated regularly in its fund-raising activities.  In late 2019, they moved to the Kansas Masonic Home in Wichita.

Judy was a wonderful mother, Nana, and great-grandmother, and deeply cherished time with her family, church community, and fellow members of the organizations in which she served.  She also enjoyed camping, boating, and traveling with Bob and their kids.  At home, she was an avid reader and loved connecting with others on the computer.  Judy’s hobbies included bird watching and playing cards, and she enjoyed collecting stamps as well as ornamental models of rabbits and Santa Clauses.

Judy was preceded in death by her parents and a brother, Wayne Elser.