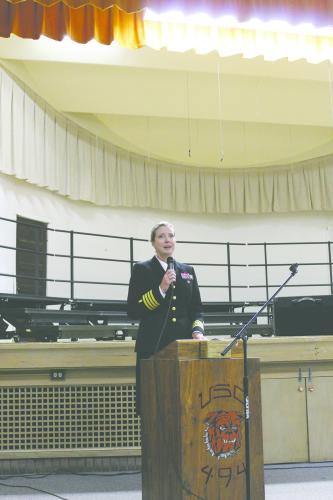 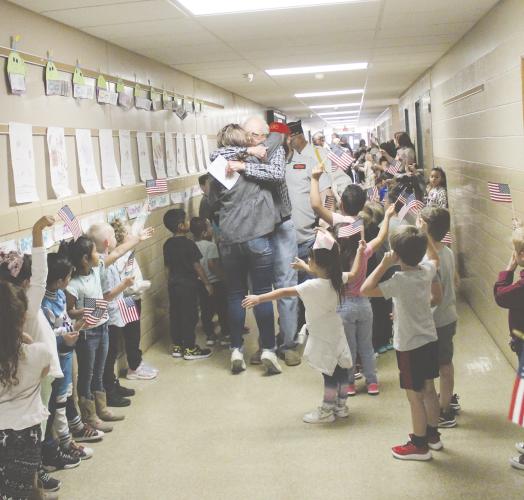 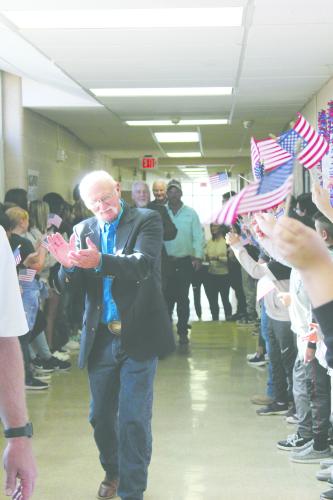 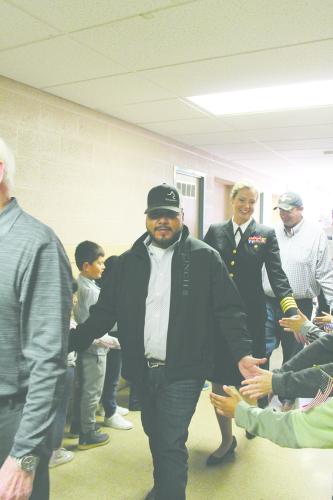 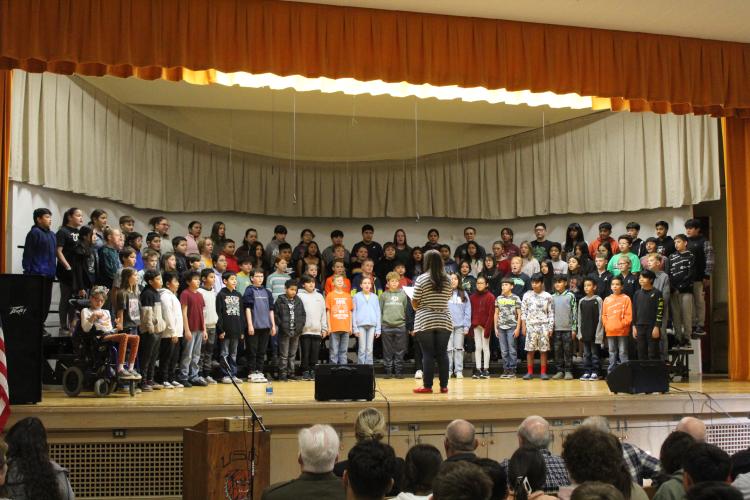 Veterans Day is a holiday which honors everyone who served or is currently serving in the military, regardless of how long or whether they served during war time. Veterans Day was originally called Armistice Day, marking the end of WWl on the eleventh hour on the eleventh day of the eleventh month in 1918.
USD 494 is making it a tradition have over 400 students honor local veterans and give the opportunity to meet and shake the hand of a veteran. Principal Paul Zuzelski, reflecting back on how the event began said, “My dad was a veteran, serving in the Air Force for twenty-seven years, so we thought, why not honor our veterans? So, the administrative team got together and since then it has evolved into one of the best days for our kids.”
Veterans, their families, and community members continue to support the celebration and this year may be labeled one of the best so far with 21 veterans in attendance.
The celebration began with the presentation of colors by veterans John Swisher and Rusty Wharton followed by the Pledge of Allegiance and the National Anthem sung by junior high and high school vocal music teacher, Modene Watie.
The fifth and sixth grade students, under the direction of elementary vocal music teacher Alyssa Banning, performed a song entitled “On Veteran’s Day”. 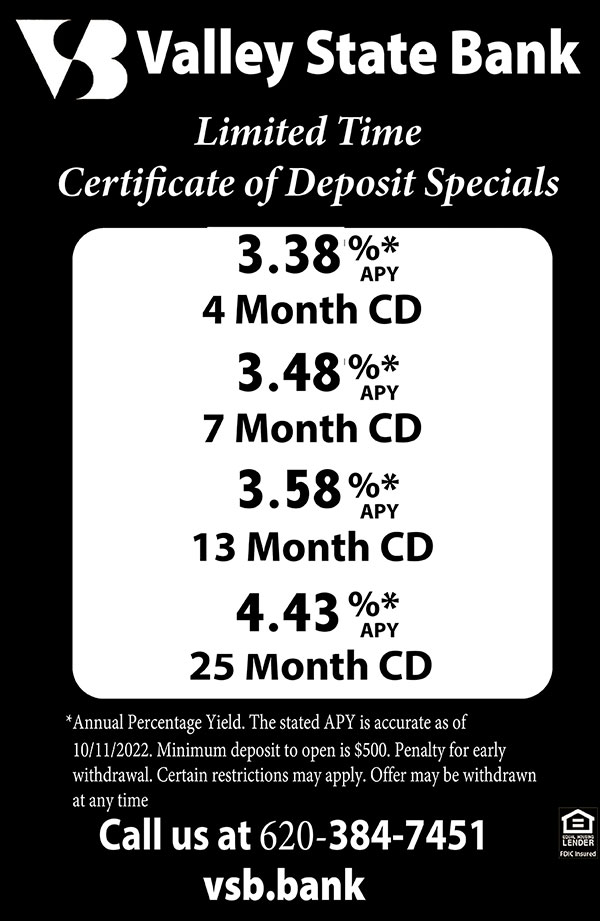