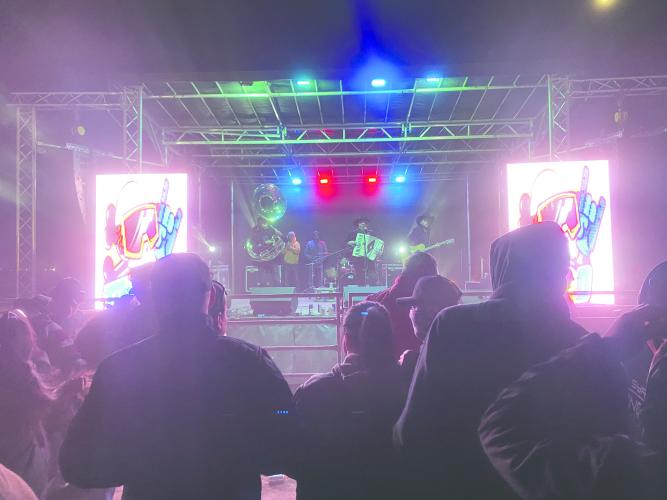 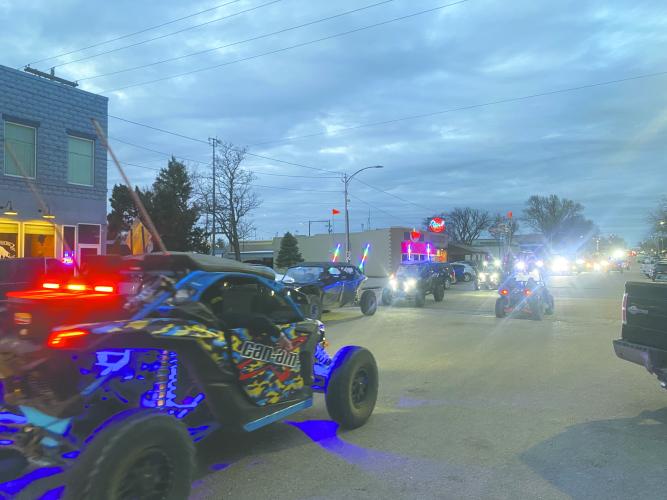 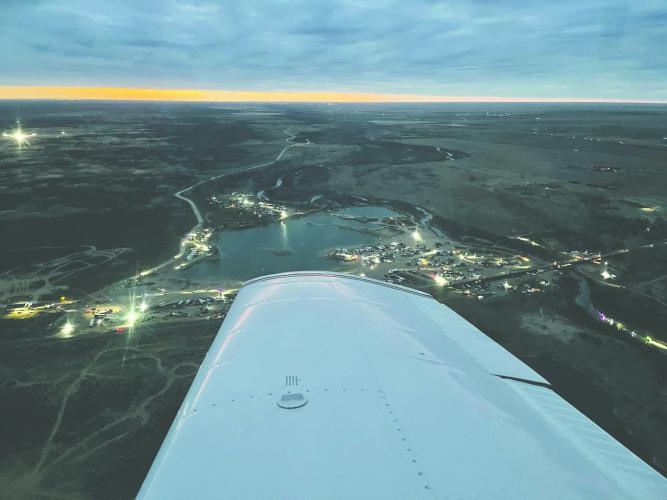 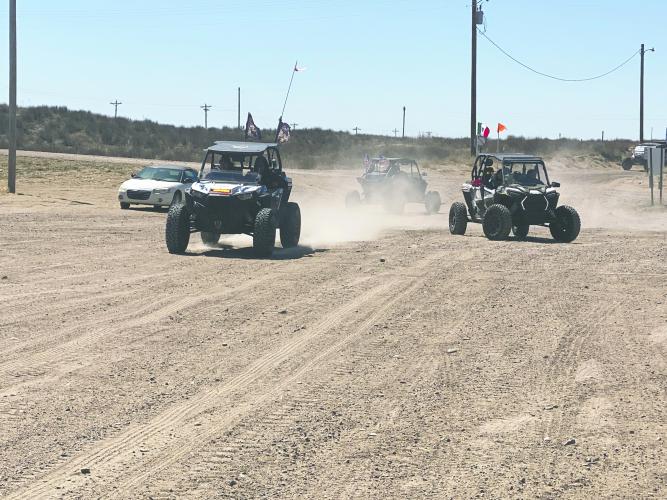 Easter weekend in Syracuse has become a sand rail hub as people traveled from Ohio, California, Wyoming, Nebraska and more.
For the second year in a row, side by side sand rails, RZRs,  and a concert brought big business in to some local places. Others, not as much.
But the Sand Park was packed and brought in thousands to the city, to help the Sand Park’s budget not draw from the general City budget.
The concert drew in 1,100 people and the parade Saturday night was a big draw with 280 sand rails and atvs, entertaining the crowd on Main Street.
Many people came out to watch the parade this year and everyone was very impressed!  Cooper Brucker, son of Zach and Amy Brucker, said, “That was the greatest thing ever!“ His favorite was the Venom RZR, decorated.
Country Cafe was packed as well as the convenience stores.  And food trucks also did big business charging $5.00 a taco and $15.00 for a hot dog.
Other area restaurants did not see an increase in revenue from the weekend events.
Pedro Medellin, Jr, was the Syracuse lead. His team Los Tequileros along with Toy-co from Denver put on a Friday night concert with bigger bands than last year. And the plan is to go even bigger with more famous bands next year.
If you haven’t met theMedellin family, I would like to introduce you.
Pedro, Brooke and their four month old son, Adan, have lived in Syracuse for the last five years.
Pedro’s father retired from his company, MB Dairy Service, to his farm in Mexico where he now raises 50,000 chickens. So Pedro moved here from Scott City with Brooke five years ago to take over operations of the business.
Pedro graduated Wichita State University after graduating from Scott City High School. His wife, Brooke, originally from Washington, works with him as well as taking care of their son.
MB Dairy Service is a reproduction company that helps breed cows at some local dairies, and have clients locally and in Colorado.
And while they break even or even lose a little with the weekend, they love bringing business to Syracuse.
Pedro feels they had even more support from the community than last year.
“We are thankful for the town letting us host this event and hope everyone enjoyed it.”
The planning of this event takes about six months. They start by conversations for getting the musical groups, talking with  the city and the fair board,  and it takes off from there.
Pedro‘s team includes Luis Perea, Loy Maravilla and Lauren Durler.
Those helping with cleanup were Fabricio Marquez, Sydney Brown, Megan Larkin and Pedro’s brother, Daniel Medellin.
They, along with Toy-co, their partner team from Denver,  continue to work together to hopefully grow the event.
The police scanner was also buzzing. Kansas Highway patrol came to town to assist the sheriffs office. A few complaints of the fairgrounds being torn up along with dui’s and speeding complaints along with  minor accidents in the sand dunes had local EMS on their toes as well. But not any more incidents than last year.
Pedro’s wife Brooke added, “Pedro and the guys put a lot of work and planning into the event. We hope the town enjoyed and benefitted from it.”
City Administrator Brian Bloyd added, “I’d like to start by thanking everyone who was involved to make the event a success.  Local law enforcement being on hand was extremely appreciated. Sand park employees, cleaning crew and several volunteers worked for hours often without a break to keep the traffic of customers moving.
Of course there were some growing pains in trying to be prepared for having our city population doubled, if not tripled, for the three to four days that the visitors were in town. We have taken notes and will have many discussions to make changes as needed to allow our Sand Park to continue to be successful.”
Syracuse’s next big event, Bike Across Kansas, is set for Friday, June 10th. Over five hundred bicyclists are expected overnight.
editor's note* - I have been so focused on getting everything ready for Bike Across KS that I forgot to list the car show and alumni weekend and prob everything else in between.