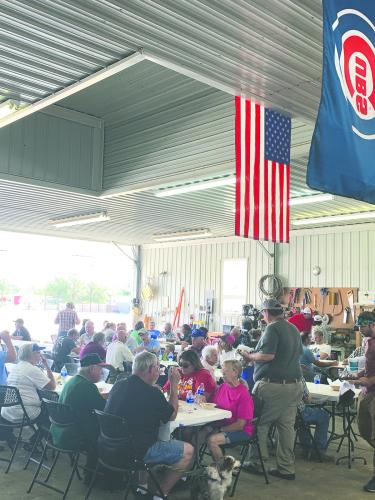 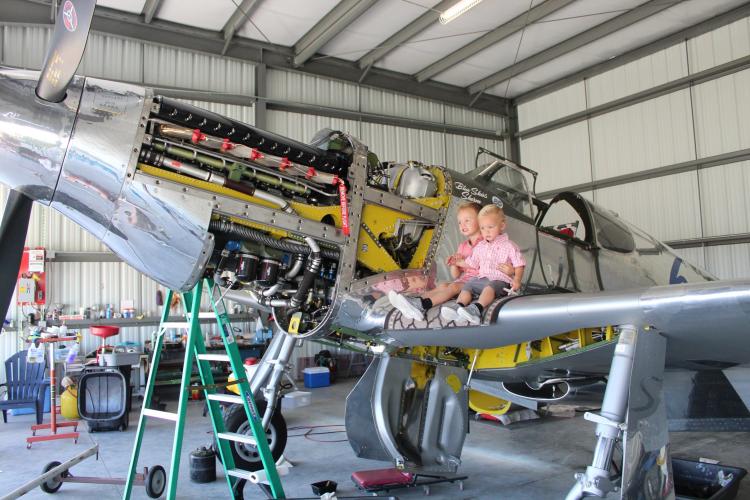 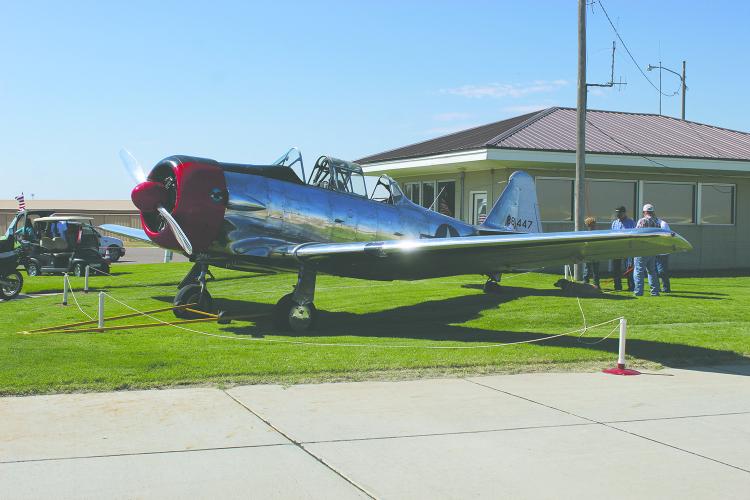 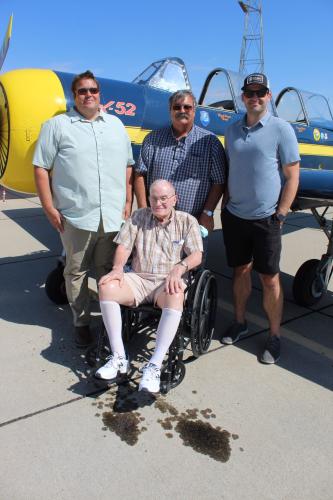 Over 200 people came out to the 27th annual Classic and Antique Fly-In held at the Hamilton County Airport. It was hosted by the Experimental Aircraft Association Chapter 277. The Fly-in was a success with 35 airplanes flying in from Oklahoma, Texas, Colorado, and Kansas.
Featured airplane this year was a SNJ 4, a WWll trainer, owned by Steve Gross from Larned. He is a crop duster and friend of Dusty Dowd. According to Dowd, “The SNJ 4 was an advanced trainer, training all our pilots, the last training airplane they flew before going into individual fighter or bombers.”
Mother Nature cooperated with clear skies and light winds making for a beautiful day for the pilots and the community. Airport manager Steve Phillips reported 25% were from the front range of Colorado. “In addition to the volunteers who help make the Fly-in a success, we appreciate Mark Davis for inviting his friends to participate,” said Phillips
Three generations of Davis Family pilots was represented at the Fly-In. Ron, Mark, Jeff and Randy Davis.
For a little history, Mark’s grandfather Ray Davis was a pilot, Mark’s father Ron Davis  was also a pilot, both non-military.
Mark Davis and his brother Ray Kim were both pilots in the military.
Ray Kim  flew for FedEx. Tragically Ray Kim Davis died in a single engine aircraft accident on Saturday January 31, 2009.
Randy and Jeff Davis are both pilots for Frontier Airlines. Ray Kim had three children - Andy, Duke, and one daughter, Mimi. His two sons are pilots for FedEx and his daughter’s husband is a United Airlines pilot.
The Syracuse Hamilton County Chamber of Commerce served hamburgers, polish sausages, and hot dogs in addition to the annual chili cook off.
Twenty-seven years ago, the Chamber only served the pilots breakfast, and for lunch, brats with sauerkraut, but its grown to a crowd favorite of hamburgers, polish sausages, and hot dogs.
They had organized a fall festival downtown with a chili cook off at Jackson Park. After a few years, the chili cook off moved up to one of the airport hangers.
This year, seven crock pots and two roasters of chili were enjoyed by the over 200 people who came to enjoy the day. The top five chili entries in order from first to fifth, Arlene Kirby’s - Bear Creek Chili, Jamie Werkowitch’s - Cream Cheese Chili, Kerstin Mitchell’s - Regular Chili, Raelynn Phillips - Megan’s chili, and Nick Squire’s Cattle Drive Chili, each received fifty dollars made possible by donations from local businesses.